In November 2021, CONSOB, the Bank of Italy and IVASS – respectively the financial markets, banking and insurance sector regulators – issued ad hoc regulations to set up the administrative procedure to be followed by Fintech businesses (“Fintechs”) to access the Fintech Sandbox Programme introduced by Law Decree no. 34 of 2019, as subsequently amended by Law no. 58 of 2019.  Such regulations, which are very similar to each other, contain the first definition of “Fintech” in the Italian legal system, as follows: “activities aimed at pursuing service and product innovation, through new technologies, in the banking, finance and insurance sector”.  Whilst the Fintech Sandbox Programme still must prove its worth (so far very few Fintechs have been admitted to the programme), its adoption signals the lawmakers’ increased realisation that the sector is ripe with potential.  In fact, even before its adoption, the regulators (especially CONSOB) had shown their availability to establish lines of communication with Fintechs and their advisors.  Whilst smaller local banks have, for the most part, been largely cut out of the financial innovation, larger domestic and international lenders operating in Italy have ventured into the sector both by establishing corporate Fintech programmes and by focusing their corporate venture capital divisions on Fintech.

In a country where financial markets have not traditionally thrived and the banking sector was – up until the last decade of the past millennium – heavily invested in by the public sector, financial innovation is making surprising headway.  Boosting the adoption of digital technologies has been a priority for Italy’s governments over the past few years.  In fact, to this end, dedicated government schemes have been set up to fund digital startups as well as to promote and finance Artificial Intelligence as a means to innovate business practices.  Such initiatives are especially aimed at industries that, traditionally, have been the cornerstone of the Italian business community, such as fashion, food, art and hospitality, but also specialist industrial sectors.

In this context, blockchain in general, and specifically its application in the field of cryptocurrencies, has been one of the centrepieces of the latest government’s efforts to promote innovation.  Such efforts, however, have been partially stymied by a general resistance to adopt new payment systems in a country where cash is still the most common way to settle bills, which of course might facilitate tax evasion.  This resistance led the government to press ahead with its plan to turn Italy into a cashless society, by passing a law granting significant rebates to tax payers who avoid paying in cash.  Whilst such a measure was primarily aimed at fighting tax evasion, it did, in fact, make alternative payment methods, including cryptocurrencies, a more popular option with the general public.  A further boost towards cashless payment has been, of course, as a result of the COVID-19 crisis, during which cash was seen as a potential means of infection and online purchases warranted digital payment.

A broad range of Fintech offerings are now available in Italy:

The idea behind the Sandbox Decree is to set up a Fintech Committee composed of representatives of all the authorities potentially involved in the authorisation or supervision of Fintech businesses, i.e. the Italian Financial Markets Watchdog (CONSOB), the communications authority (AGCOM), the competition authority (AGCM), the data protection authority, the governmental body in charge of digitalisation, the tax agency and the insurance watchdog.  The working of the Fintech Committee is described in detail in an effort to establish a comprehensive, but nimble process to evaluate sandboxes applicants.  Sandbox rights, if granted, last 18 months and, in certain circumstances, can be extended.

In general, there are no restrictions on Fintech.  Of course, all Fintech offerings must comply with the applicable legislation, from consumers’ protection to data privacy (for example, when storing customers’ data on cloud servers) to financial regulations. 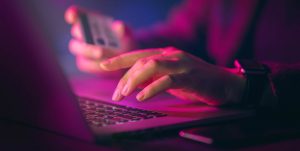 Cybercrime 1.1    Would any of the following activities constitute a criminal or administrative offence in your jurisdiction? If so, please provide details of the 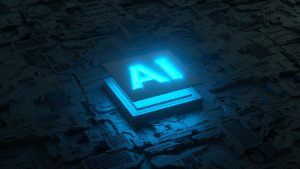 Trends Although Italy was the first European country to be hit hard by the COVID-19 pandemic, its economy “only” shrank by 8.9% in 2020, less 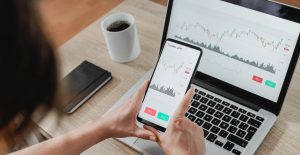 Government attitude and definition  Boosting the adoption of digital technologies has been a priority for Italy’s government over the past few years.  In fact, to